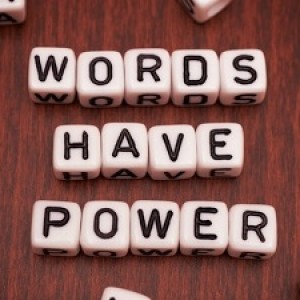 I love words. I love that every word has a variety of senses and connotations, and words evolve and change meaning.

As a writer, and marriage celebrant how I use words is important to me. Words are beautiful tools and can carry immeasurable significance.

And so, I inwardly cringe every time I officiate a wedding and declare that “Marriage, according to law in Australia, is the union of a man and a woman to the exclusion of all others”

This definition is SO ……I can’t find the right word for it. Inadequate. Restrictive. Controlling. Discriminative. Narrow.

For years, marriage has been perceived as a particular type of bond between a man and a woman primarily – but not exclusively – for the purpose of reproduction and the foundation of the family unit.

However, considering the various types of relationships, families, and methods of reproduction that exist today, this traditional perception of marriage is antiquated.

Yet, same-sex couples do not have the choice and the ability to marry.

And, children raised by same-sex couples are left with unmarried parents.

In reality, the nature of marriage has changed in definition and make-up many times over the centuries. The reasons why people have married have changed as well as the roles of men and women in marriage.

So why is there resistance to change the current law so that the definition of marriage is “a union between two people”, instead of “the union of a man and a woman”?

I think the reason is fear. Fear of the unknown. But as Karl Augustus Menninger reminds us “Fears are educated into us, and can, if we wish, be educated out”. So it’s time we become educated. Time we grow. Time we embrace all people. Let’s rally together and call for a change to the definition of marriage in Australian law. Let’s talk.